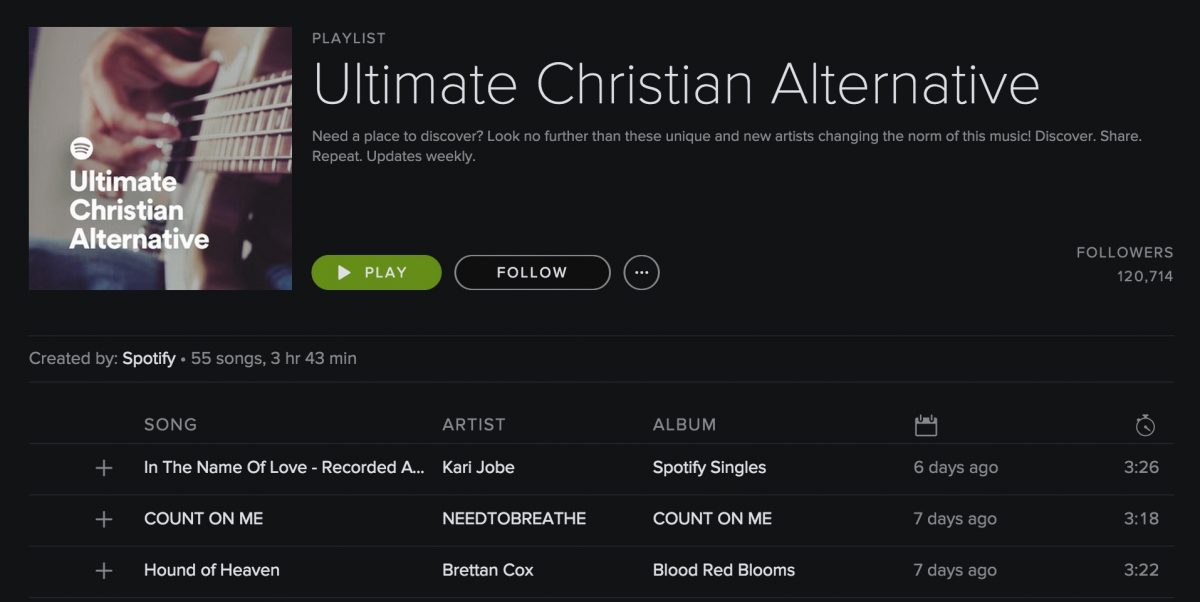 My dear friend Brettan Cox and I wrote a song called “Hound of Heaven” together for her album Blood Red Blooms, and this week Spotify added the song to their “Ultimate Christian Alternative” playlist. I’m so proud of the amazing writer and artist that Brettan has become!

Two years ago, Brettan brought this great chorus to our writing session based on Francis Thompson’s classic poem of the same title, the idea being that God pursues us no matter how far we run from Him, like a bloodhound on the scent of an escaped convict. No matter how far we run from God, we cannot escape the relentlessness of His love. Brettan and I wrote the verses and bridge together, and began recording.

After recording only an acoustic guitar and vocal, she left for tour and I continued working on the song. The lyric has this timeless Old World feel to it (“I fled you down the days…”), but the music I heard in my head was modern with all kinds of pop sensibilities. I decided to follow that gut instinct and put together a track I wasn’t entirely sure Brettan would like because it was entirely different from the direction we started in, even completely ditching the original acoustic guitar. Layer by layer, I tracked loops, drums, guitars, bass, synths, and background vocals, meticulously working on it for days, and I was very nervous to play it for her the first time! “You might totally hate this,” I told her before she listened. Thankfully, Brettan didn’t hate the track!

When you put the finishing touches on a song and send it out into the world, it’s incredible to see the places those melodies and sounds land. My prayer is that hearing Brettan’s “Hound of Heaven” would give the listener a fresh glimpse of how faithful the love of Christ is.

Thank you, Brettan for allowing me to be a part of your musical journey for so many years! Thanks to Spotify for including our little song on your “ultimate” playlist!