I wanted to take a moment and highlight some fantastic music that’s just been released by some great friends of mine. 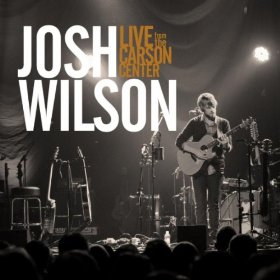 First up, my great buddy (and best man at my wedding) Josh Wilson has a new live EP: Live from the Carson Center.  In general, I love live records, and this doesn’t disappoint.  It’s a collection of some of Josh’s best songs backed by a killer band.  The EP opens with a great, driving version of “I Refuse” that captures the real energy in that song.  There’s also (finally) a live recording of Josh’s arrangement of “Amazing Grace.”  I’ve heard him play that hymn hundreds of times now, and it still gives me shivers every time I hear it.  The whole EP is a reminder of what a great artist Josh is.   You can grab it on iTunes; I highly recommend it.

Secondly, Andrew Osenga is one of the best musicians and songwriters I know, and I’m proud to call him my friend.  He recently spent a few months building a spaceship (really!) in an old warehouse in Nashville.  He moved his studio gear in and recorded the story of Leonard the Lonely Astronaut. Pardon the terrible pun, but this record is out of this world!  When Andy started this record, he told me that it felt like he was going back into the studio for the first time like when he was a teenager, and that excitement shines through in the lyrics and passion in the music.  Andy’s songs are beautiful and haunting, and this is some of his best work ever.  Do yourself a favor and buy a copy.