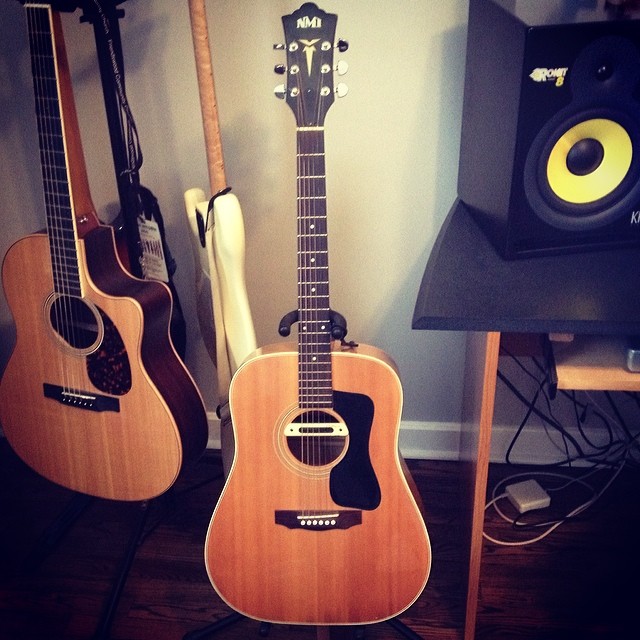 This is my favorite guitar.  Other guitarists ask me about it almost every time I pull it out of its case.  Most of the time, the question I get is, “What is that?”

This is an NMI, or “Nashville Musical Instruments” as the tag inside the sound hole reads. Over the years, I’ve researched the origins this guitar as much as is possible on the internet and with little results.  As far as I can figure, it was built some time in the 1970s by a company owned by an aspiring Nashville businessman who drew up the designs and had them manufactured in Japan. 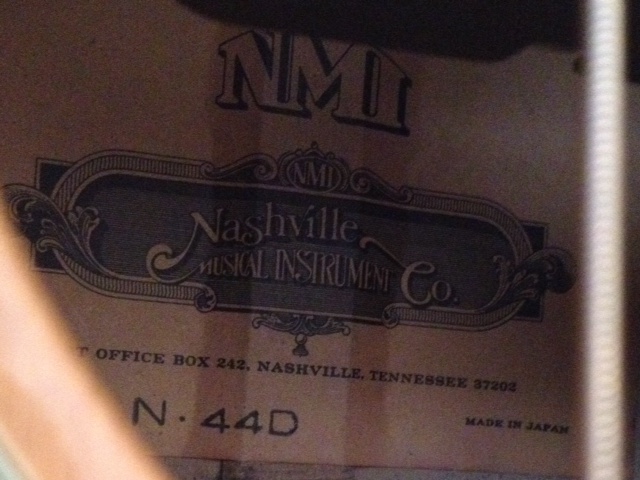 There was a period in guitar making known as “the lawsuit era” because guitar makers would copycat big-brand models and sell them for a fraction of the price. This guitar is basically an exact copy of a Guild D44 (down to the model number being 44D).  It plays like a 70s Guild too.  I have a few friends who own 70s Guilds, and they can’t tell the difference. Unless you look at the NMI on the headstock, you’d have no idea you’re playing a copycat. 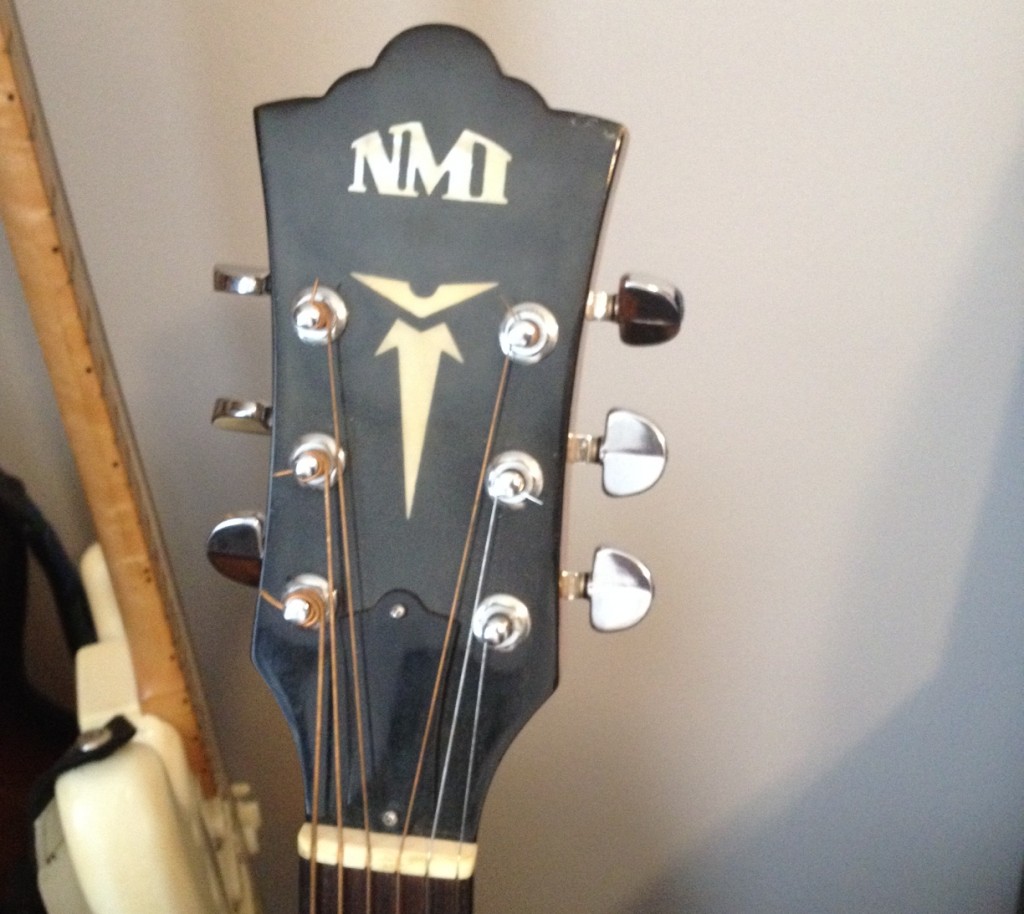 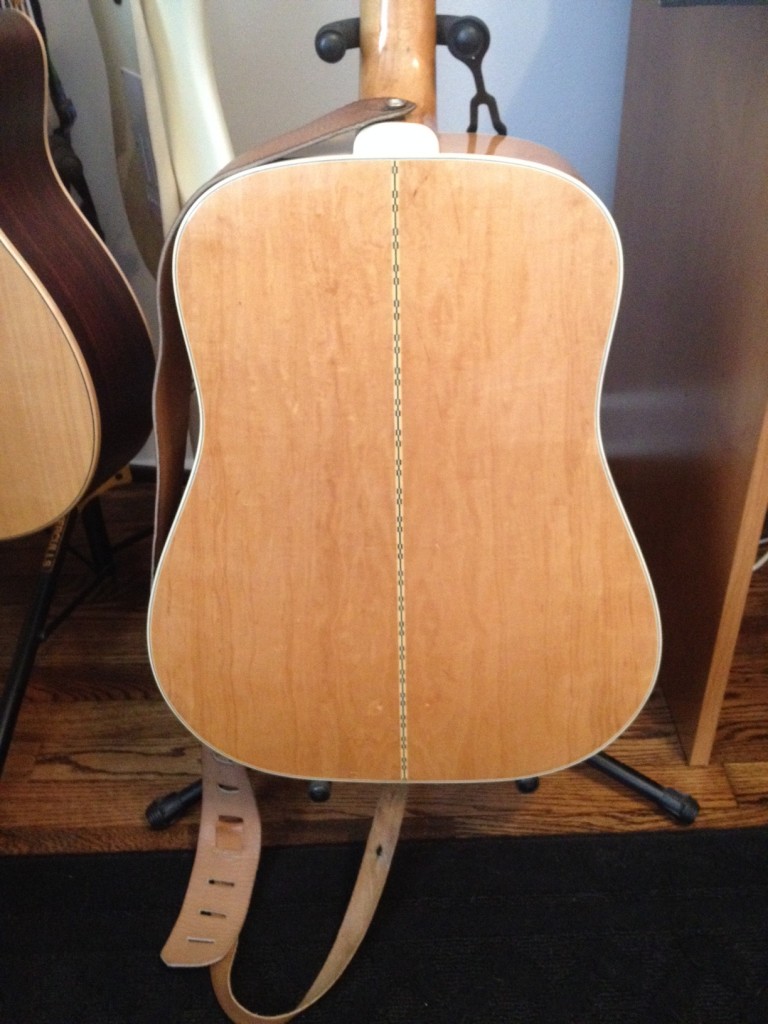 My NMI was a gift from a very generous friend who believed in my mission and my music.  He gave it to me before I headed off to college, and I can’t ever begin to repay his generosity.  The best I can do is use it to the best of my ability, and it has indeed seen some serious milage! I have travelled thousands of miles and played thousands of songs for thousands of people with this guitar.  Countless songs have been written on this guitar.

God forbid, if my house were to catch on fire and I could only rescue one possession, I think it would be this guitar.