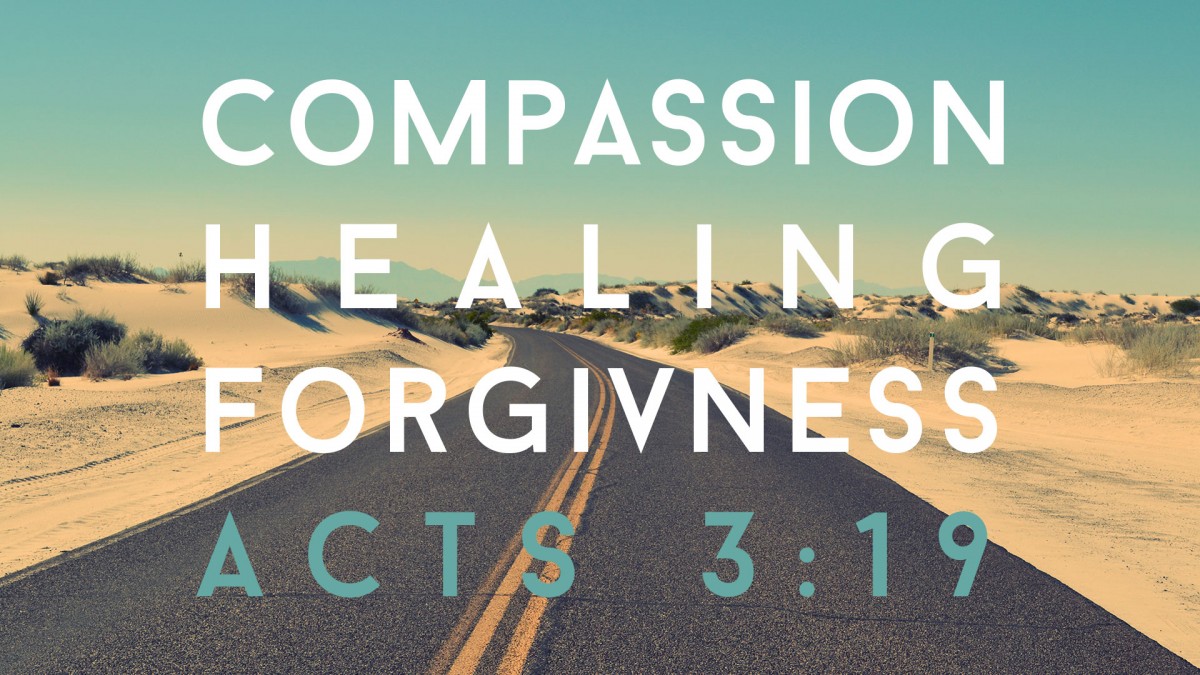 Therefore repent and turn back, so that your sins may be wiped out, that seasons of refreshing may come from the presence of the Lord, and that He may send Jesus, who has been appointed for you as the Messiah.
— Acts 3:19

This was Peter’s message to a crowd that had gathered to see the lame man who had been healed: that faith in Jesus, the same Jesus who had just given a man new, healthy legs was the very same thing needed for eternal life. It’s a reflection of what Jesus did in Matthew 9:

For which is easier: to say, ‘Your sins are forgiven,’ or to say, ‘Get up and walk’? But so you may know that the Son of Man has authority on earth to forgive sins”—then He told the paralytic, “Get up, pick up your mat, and go home.” And he got up and went home. When the crowds saw this, they were awestruck and gave glory to God who had given such authority to men.

It’s not any easier to talk about forgiving sins today that it was back when Jesus did it or when Peter did it. Our pride makes us cringe when we hear preachers start to talk about sin. But there’s no malice or condemnation in Peter’s words. On the contrary, he wants the crowd that gathered to experience the same miraculous results of faith that the healed man did, for in Jesus we find life and wholeness. It isn’t a message from somebody on a judgmental high-horse but somebody whose compassion leads them to care deeply about the people around him.

After all, having experienced healing and life, why wouldn’t you invite the people you love and care about into it as well?