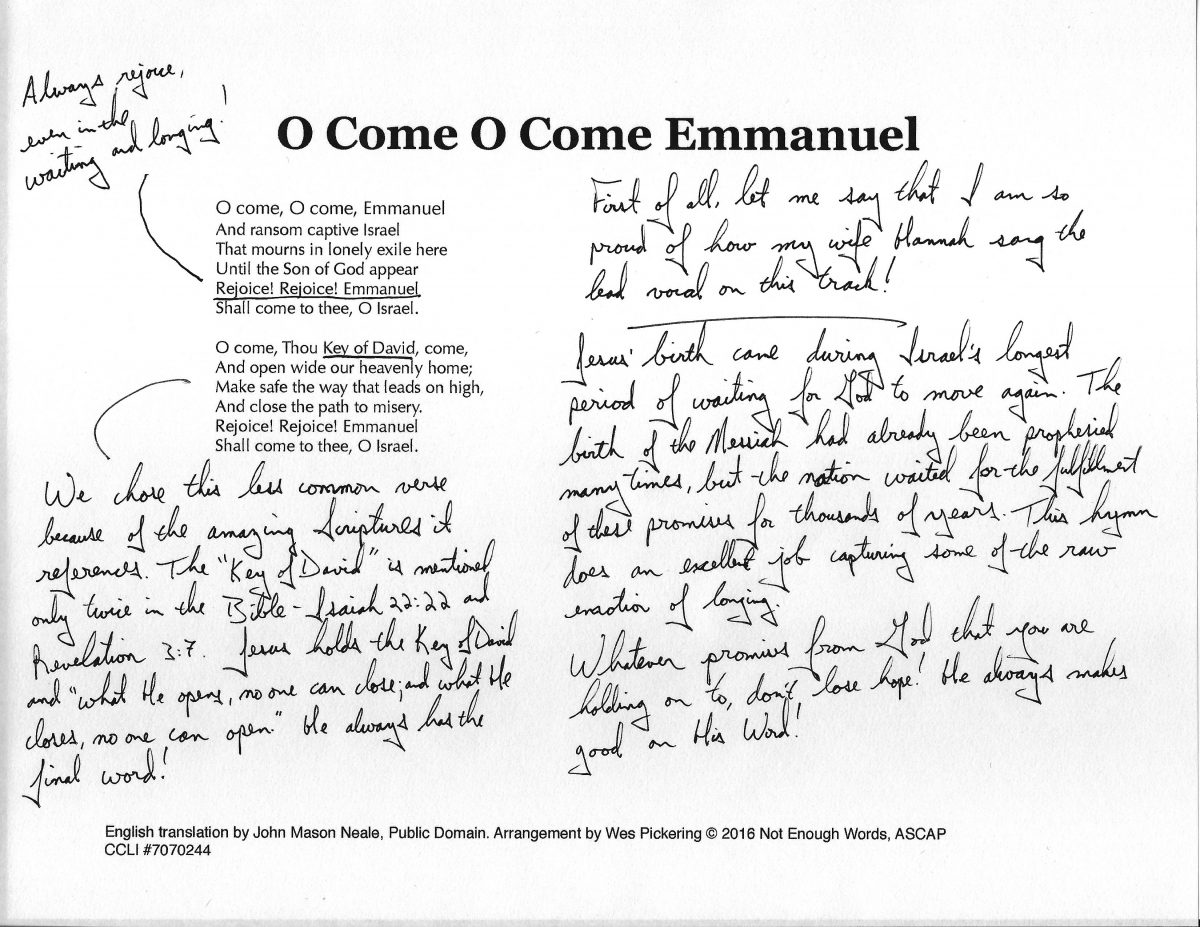 God’s promises don’t expire.  Neither do your prayers.  Jesus birth came at the end of a 400 year period of silence from God between the Old and New Testaments, a mirror image of Israel’s 400 year time of captivity in Egypt.  What do you do when God promises things but they don’t seem to come to pass?  You hold on to the promise, because God always keeps His word!

The famous “Hall of Faith” passage in Hebrews 11 even highlights Biblical heroes who “died in faith without having received the promises, but they saw them at a distance, greeted them, and confessed that they were foreigners and temporary residents on the earth.”  Yes! We remember the heroic faith of people like Noah, Abraham, Sarah, Isaac, and Jacob in part because they remained faithful even when God’s promises didn’t come to fruition during their lifetime. They lived for something bigger than themselves.

Likewise, our prayers before God don’t expire.  A great example of this is a story closely connected to the Christmas story: Zechariah the priest and his wife Elizabeth.  It seems the elderly couple had almost forgotten that they had once prayed for a son.  Look at Zechariah’s exchange with the angel Gabriel from Luke 2:

But the angel said to him:
“Do not be afraid, Zechariah,
because your prayer has been heard.
Your wife Elizabeth will bear you a son,
and you will name him John.
There will be joy and delight for you,
and many will rejoice at his birth.
For he will be great in the sight of the Lord
and will never drink wine or beer.
He will be filled with the Holy Spirit
while still in his mother’s womb.
He will turn many of the sons of Israel
to the Lord their God.
And he will go before Him
in the spirit and power of Elijah,
to turn the hearts of fathers
to their children,
and the disobedient
to the understanding of the righteous,
to make ready for the Lord a prepared people.

“How can I know this? ” Zechariah asked the angel. “For I am an old man, and my wife is well along in years.”

Zechariah didn’t even believe the word from God until Gabriel took away his ability to speak until his son John was born.  This story has a lot to teach us about endurance and long-term faith.  Very often, our timing isn’t the same as God’s timing, but that doesn’t mean that God has forgotten about us or ignored our prayers.

We must cling to the promises of God’s Word, never letting go of what God says about us.  By faith, we must worship Emmanuel, “God with us,” and rejoice in every circumstance, knowing that God is always true to what He says.

This song is from the album Glory: A Call to Worship at Christmas, available for purchase now.