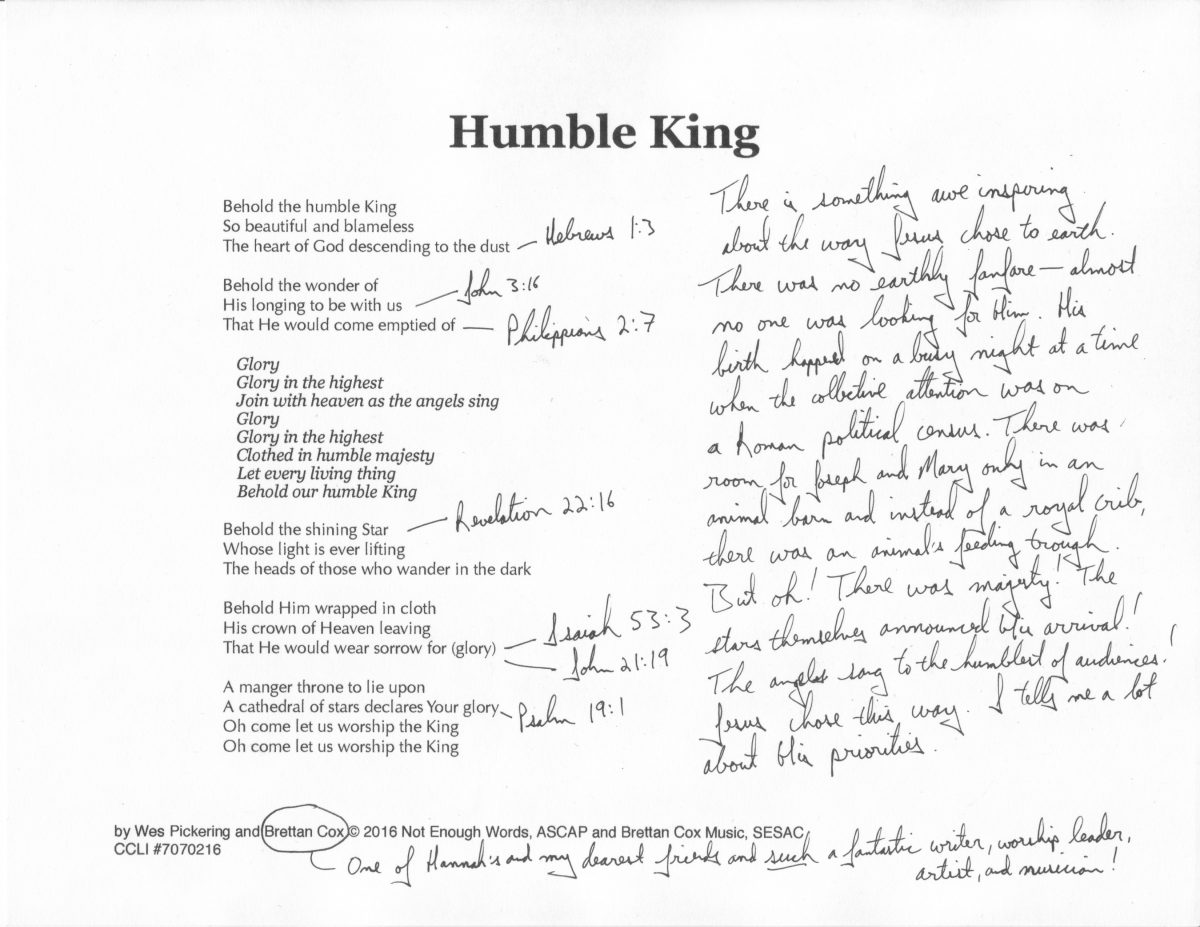 People inherently love a good rags to riches story.  We like tales of humble beginnings that end with success and achievement.  Jesus managed to flip the concept on its head and inside out, voluntarily laying aside all the glory of being God in heaven and coming to earth as essentially a nobody.  No one regarded His parents enough to give them proper shelter on the night he was born, though He deserved a palace and a royal welcome.  No one regarded or respected his occupation—in Matthew 13, Jesus’ neighbor’s discredit him asking, “Isn’t this the carpenter’s son?”  Nobody regarded His hometown— In John 1 one of His own disciples first dismissed him saying, “Nazareth? Can anything good come from there?”

Jesus gave up any kind of earthly glory of His own volition and accomplished more than any other success story in history from the position of a servant.  He taught that the path to greatness is to humble ourselves serve the lowest of the low as if they were the highest of the high.  Jesus led by example, consistently forgoing human honor and instead thriving on the glory bestowed on Him by the Holy Spirit.  All the while, creation itself trumpets how majestic and wonderful He really is!

This song is from the album Glory: A Call to Worship at Christmas, available for purchase now.